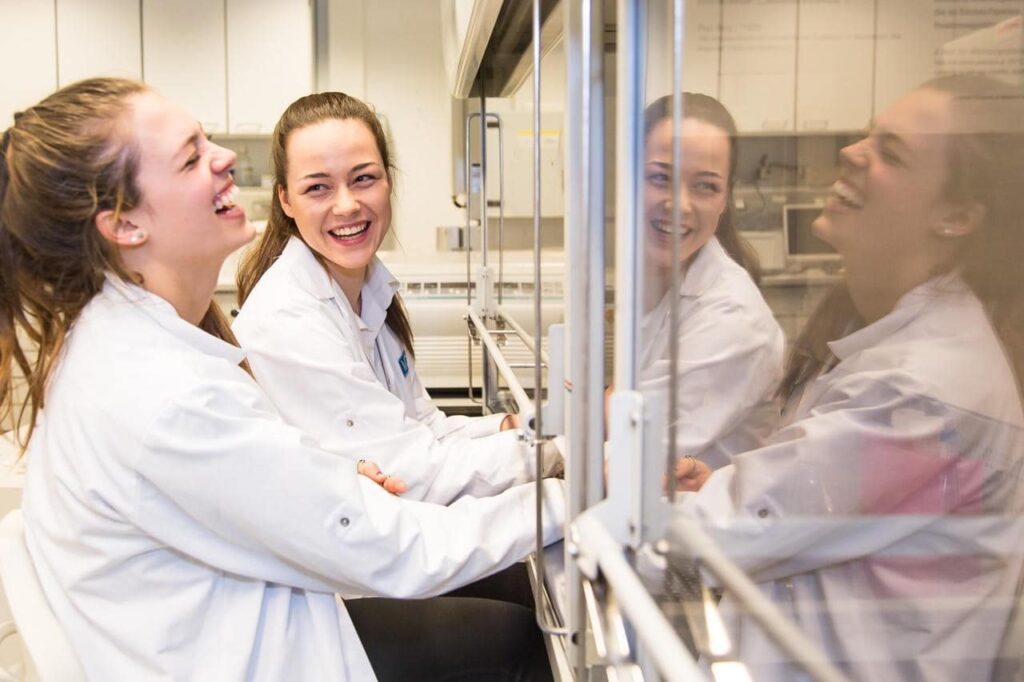 The GermanStemCellNetwork is a network of international, primarily German-based scientists working in various areas of stem cell research. The object of the Network is to create synergies between all areas of basic and applied stem cell research and act as an interface between science, education, politics and society.
Sounds dry as dust, and complicated? Absolutely not! In an interview with the Communication Coordinator at the GermanStemCellNetwork, Stefanie Mahler, we talked about the most fascinating aspects of this research and what motivates people to work in this field. And we were not disappointed!

The name of your organization, the GermanStemCellNetwork, sounds at once both futuristic and highly complex. Classical elevator question: can you tell us in three sentences and in layman’s terms what the GSCN is about?

We connect scientists in all specialist fields whose work involves stem cell research. We are a network, and we are keen to promote collaboration, convergence and the exchange of findings, data, experiments and procedures between groups of scientists.

Our goal is to advance both basic and applied stem cell research and encourage communication, in order to generate fresh discoveries and increase the number of new, scientifically well-founded cell treatments for previously incurable diseases.

Why is this work so important, and how has it changed in the past 5 years?

This work is extremely important because stem cell research is founded on cooperation between experts in many different fields: from biochemistry to IT, from biology and medicine to law, pharmacology and biotechnology – and these are not scientists who would automatically meet one another at their own conferences. This calls for a network.

In the past 5 years, the dynamics of stem cell research have developed dramatically.

More and more research findings point to possible treatments, and this is now a very exciting time as laboratory trials are being carried over into clinical studies to test their future potential.

We are at a turning point at which entirely new means of treating previously incurable diseases are hopefully within our grasp. But there is still a long way to go.

How does one find oneself in such a position, and which aspects of your work fascinate you personally?

We are a network, and each member of the three-person team at our business office has a particular task scope. We have a general manager who is at once a passionate scientist as well as a social and political disseminator, and who loves to invest both ideas and energy in projects ranging from conference and workshop development to the fundamental analysis of scientific work. We have a science communicator who has extensive, in-depth experience as a journalist and is now tasked with explaining stem cell research to school students and the public through events, films, texts and workshops and improving their understanding. And we have a biologist as project manager whose job is to implement big ideas for conferences and magazines, and who is not afraid of hefty figures and finance and can bring these vividly and expediently to life.

We are all fascinated by the prospect of playing just a small part in realizing developments in new and meaningful treatments for previously incurable diseases and supporting the process. For me personally it is a privilege to work with scientists in an environment that is international, intelligent and exceptionally invigorating.

What was the most exciting project you’ve worked on?

Maybe the bilingual teaching material we developed about stem cell research? Or maybe an analysis for politicians, explaining why the path from the laboratory to treatment is both stony and laborious? Or maybe a major conference attended by hundreds of scientists from many countries? Or maybe the development of a nationwide Stem Cell Day for school classes, a project in which many cities and schools are now involved? It is truly hard to say which was the most exciting – they are all exciting and they constantly challenge us to conceive new ideas and implement them even more effectively.

The German Stem Cell Network (GSCN) aims at creating synergies between all areas of basic and applied stem cell research and to provide an interface between science, education, politics and society as a whole.
The central task of the GSCN is to pool the expertise in stem cell research in Germany and develop synergies between basic research, regenerative medicine and pharmacology. The initiative will promote innovative research activities on a national and international level. In addition, targeted information and events will be offered to encourage the public discourse on stem cell research